In the context of the above, the idea of forming a timber estate is moving around with the government of Maharashtra and the industry for past few years. The Central Empowered Committee (“CEC”) formed by the Supreme Court of India, has accorded its approval to similar timber estates in otherstates.

The CEC was always in favour of such projects. In its meeting dated 20-Jun-2006 it has commented “in respect of units proposed to be established exclusively on imported timber in specified estates, the CEC will consider the applications favourably. .”. It is learnt that the CEC had already accorded its approval to similar estates in the state of West Bengal, Assam, Gujarat amongst others. The industry in Maharashtra too,felt that such estate should be established at the earliest wherein it would be freetouse the imported timber.

The honorable Supreme Court of India in W.P. (Civil) No 202/1995 vide interim order dated 05-Oct-2015 has withdrew the powers vested in the CEC and directed every state government to form State Level Committee. Further, the MoEF was authorized to issue appropriate guidelines for working of the State Level Committee. 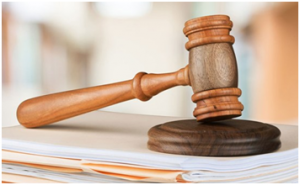 Formation of SLC:In accordance with the above-mentioned order of Supreme Court of India, a State Level Committee was established by the Government of Maharashtra.

Guidelines for formation of Wood Based Industries:Further as per guidelines dated 11‑Nov‑2016 and further amended on 11‑Sep‑2017, issued by the Ministry of Environment, Forest and Climate Change, Government of India, we request the state government of Maharashtra to declare an industrial estate for wood-based industry, as per amended Guidelines, which enables the state government to declare the proposed Industrial Estate for Wood Based Industries.The governing authorities can put reasonable checks to ensure that no local timber is used. On the other hand,the timber industry can function smoothly.

We request the government of Maharashtra to approve the proposed project for setting up “Industrial Estate for Wood Based Industries”.

collegeessay
write my paper for cheap

Timber Estate is viewed as a place where the units dealing in timber can be placed nearby to each other wherein all basic infrastructural facilities are made available to them.